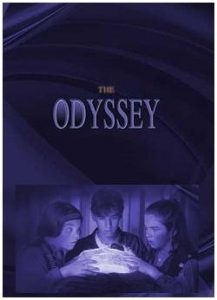 Brad Turner, an experienced TV director, was hired to direct the episode. Michael’s partner at Omni-Films, Rob McLachlan, a former competitive cyclist, was to be director of photography. David French was cast as Neil Kozak, the 12-year-old boy whose love-note to a girl in his class gets read out loud, causing him to flee home in mortification and feign illness so he never has to return to school to face his peers. Sarah Bowling was cast as Heather, his narcissistic older sister. The episode was filmed here on the suburban slopes of North Vancouver, using a house up in the Grousewoods neighborhood as the location for the Kozaks’ home, and using Handsworth Secondary School to stand in for Neil’s elementary school. The sets were a five-minute drive from my house.

When Warren and I first went up to the set, it was day one of filming at the school. There were equipment trucks outside and electrical cables snaking through the weekend halls. The crew was competent and busy, but the atmosphere was relaxed and fun.

In high school I had made films myself, and so had had the experience of being on sets where my own writing was being filmed. But those were small, low-budget, self-financed efforts–which I also coproduced and directed. The feeling was altogether different from walking on the set of a full-blown professional film production on which everyone is carrying around pink copies of the script that we’d written, all marked up with their own technical concerns. It was a huge thrill.

I’ve just fished out the file on “What’s Wrong with Neil?” from a box under my desk that contains “old projects”. My gosh: here’s acopy of the “final draft script”, with the title page on Omni-Films letterhead; a copy of the shooting schedule; a copy of our 3-page writer contract (our total fee: $5,346–very nice in 1988); our resume; and a couple of black-and-white still photos from the production. One is a cast-and-crew group shot; the other is a shot of Warren and me looking on at the filming: an intent and wonder-struck pair of young men.

The second scene filmed one day 1 was scene 1, the opener of act 1. Here’s the beginning of that script, which I have right in front of me:

OPENING TITLE SUPER over a BIG CLOSEUP of the HAND of a 12-year-old BOY, drawing something carefully on a folded-up wad of looseleaf. It’s a heart.

PULL BACK TO ESTABLISH the boy in a grade seven classroom, where the kids are all bent over some kind of worksheet. He is NEIL KOZAK, an outwardly unemotional, nerdish boy, and he has finished his worksheet some time ago. He covers the folded looseleaf with his hands, afraid of having it seen. He glances at the desk beside his. From his POV we see the girl working there: BETH ANDERSON, an outspoken girl who can order around boys her own age. There’s a book satchel on the floor by her desk. When we CUT TO NEIL’S FACE again, we can see that he adores her. His reverie is broken by a whisper:

It is JASPER GOPAL, Neil’s loyal Indian-Canadian friend, who is more at home with skateboards and NHL players than school worksheets. He sits in the desk in front of Beth.

The BOY in the desk in front of Neil’s also turns around. It is RANDY SINCLAIR, class showoff and sadist.

JASPER
You’re only on number four?
Randy reaches across the aisle and whacks Jasper with a flexible plastic ruler.

RANDY
Shut up, retard. I left this one for last, okay?

BETH
Stuff a sock in it, Sinclair. Do your own work.

Thus page 1 of the script. For most of the filming Warren and I were allowed into the classroom, stuffed in a corner among lights and so on. Brad Turner was very good with the kids, relaxed and easygoing. After each take he would laugh at the humor of the scene. In one shot, where Neil had to pass his note at a certain point while the camera moved, and David kept missing his cue or timing it wrong, Brad had a rope tied around David’s leg, which Brad pulled in order to cue him at the right moment during the camera move.

People working on the show were very complimentary to us about the script. Everybody liked it and wanted to realize it to their utmost. The atmosphere on the set was very relaxed, creative, and “up”. Warren and I loved being there. Writing isn’t always fun, but watching people film a (good) script that you’ve written is fun.

The days went by and the filming went well. Warren and I spent lots of time on the set, eating catered lunches with the crew under a tarp while the cold November rain fell around us.

On one of the days when it was not raining, Warren and I went walking through the neighborhood around the set. We agreed that having our script produced was an altogether excellent experience. There was only one thing wrong with it: it was only one script. A single episode. After that: nothing. In order to keep this experience happening, we’d have to create our own TV series–a whole bunch of scripts.

That focused our minds: we need a TV show. But what?

That was the question. Flash Dispatch, the pilot script we’d written four years earlier, going on five, was pretty much a dead issue. The fax machine had arrived and the bicycle courier’s day was already in decline. We needed something new–but what?

We liked writing for kids and knew we could do it well. Everyone commented on the vivid and nonpatronizing way we had written the kids’ parts in “What’s Wrong with Neil?”. We saw kids as distinct, passionate individuals, not different from adults except in their level of knowledge about the world. Yes: we wanted to write kid material, but with a comedic take.