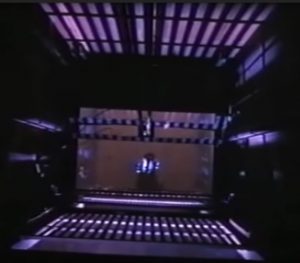 “Guys, you’re gonna hate me for this.”

Thus Hart Hanson, the CBC story editor supervising the writing of the pilot script for The Jellybean Odyssey. He was close to Warren and me in age, but much more active and successful in his writing career. Enthusiastic and boyish in his high-topped sneakers, Hart, I thought, should be played by Dana Carvey in the movie version of our project.

“But you’ve got to get there sooner–in act two.”

Warren Easton and I had written a draft of “The Fall”, episode 1 of The Jellybean Odyssey, in which 11-year-old Jay Ziegler, while trying to retrieve his dead father’s telescope from a tree-fort in a wooded ravine, falls, bumps his head, and lapses into a coma. In our first stab, we figured we’d save the best for last and only show Jay’s new life in the dreamworld in act 3 (we had decided to write our half-hour in three acts–that is, with two commercial breaks–rather than in the two acts more common with a half-hour TV show). Our structure was, basically: act 1, Jay bonks his head; act 2, doctors try to save Jay’s life while his mom and friends worry; act 3, we discover that Jay is not as unconscious as he seems–but is in fact alive and on a new adventure…

My recollection is that we presented this story structure in the outline for the episode, which was approved, but when we actually wrote the script from it, Hart felt it didn’t work. This was an important early lesson: just because your outline is approved, doesn’t mean your story has made it. Beware!

Hart, a writer, was well aware of what a problem he was setting us. In order to show Jay arriving in the “downworld” in act 2, we would have to have a whole new downworld story worked out–the bulk of our pilot episode. Act 2 would be more of an intercut story between the efforts to treat Jay in the “upworld”, and his new and confusing adventure in the downworld.

Warren and I went back to the drawing-board. We had to find a way to stuff more story into our downworld in this pilot.

In fact, it proved to be not too hard. In our first draft, we had already conceived the idea of showing Jay in his new environment, in the clutches of a boy-gang who were in fact a transformed version of the tree-fort gang that had stolen his telescope in the upworld. They look different down here, and Jay doesn’t remember where he’s come from. But now they have him captive, and in fact are going to put him through an initiation that involves dropping him from a Mad Max-style contraption, consisting of a modified shopping-cart, into a swimming-pool. Jay has his first moment of recognition of something when he notices that the gang leader, Flash, clutches the telescope that belongs to his father.

We realized that we didn’t have to junk this idea, which we liked. We just had to show how Jay gets into this predicament. So we came up with an “arrival” scene in the downworld. From the very moment Jay bonks his head at the end of act 1, we cut to a confusing scene of Jay riding downward in a creepy freight elevator, even as he is lying unconscious on the ground in the ravine. Then, baffled, he emerges from the elevator to find himself in a strange, ruined landscape, where oddly dressed ragamuffins are at some kind of a rally. It is in this scene where Jay sees Flash clutching his father’s telescope, and resolves to get it back–the action that was left incomplete back in the upworld. Jay attacks Flash, grabs the scope, and runs for it. Flash and his henchmen catch up with Jay, capture him, and take him back to their clubhouse, where they string him up over the pool.

Warren and I put a lot of thought into (and logged many hours of discussion about) what our downworld would be like. What we wanted to see was a world not merely lacking adults, but that had been abandoned by adults. That is, we imagined this world as being like our own, but with all its buildings and institutions deserted–like an evacuated city into which kids come and take over. We saw it as a post-apocalyptic setting, rather than as a “fantasy” setting, such as Oz.

Another important influence I forgot to mention in part 10: Lord of the Flies. We liked the “edge” and creepiness of William Golding’s classic: how kids are treated not as cute little moppets, but as fully functional humans operating from a reduced knowledge-base. We wanted our show to have that kind of an edge.

Another idea that grew gradually (as I recall) for us: treating our downworld as a kind of kid version of a police state. If there was any one element that Warren and I thought was best about our concept, it was probably this. Who expects kids, when left to themselves, to form a police state? We did! Isn’t it a logical outflow, after all, of schoolyard bullying and sibling tyrannies? Kids are authoritarian by nature! This was maybe what made our show truly original, we thought–the idea was brilliant, if we said so ourselves.

As things developed, a tension would arise between the show’s art department, who wanted to create a “fantasy” show, liberating their imaginations to make fantastic sets, and the writer-creators, who wanted to set the episodes on derelict suburban streets and in deserted shopping-malls. The designers felt this a wasted opportunity–they could go nuts with this idea, given the chance! In the end, I think the result came out about right. Warren and I were probably too literal in our vision of a postapocalyptic, depopulated downworld, but we kept pulling the art department back toward a more grounded, recognizable downworld, one that had many imaginative, dreamlike flourishes. The result was unique, and over all, very good.

Warren and I hustled to get the script and other materials ready, for I think they were all supposed to be ready in early December 1989 for the desk of Ivan Fecan, CBC’s head of programming and the executive with the authority to greenlight our project. He was apparently going on a skiing vacation and wanted to have the package in hand. We wrote, rewrote, polished, and had it ready. Hart was happy with it, Angela Bruce in Toronto was happy, and therefore Michael, our producer, was happy as well. The material was bundled off to Fecan, and we could take a breather for Christmas. The fate of our show would be decided early in the new decade.