back home in the Million Club

Good gravy, it’s been a long time since I have posted to my beloved blog. Apologies to my long-suffering readers! Why the long silence?

Rightly or wrongly, mostly the latter, my blog tends to get folded in with my activities on “social media,” and for the past months my energies have been aimed elsewhere. The places I have been posting to lately have been my Facebook author page and my page on Quora, where I have been not only answering questions but now, increasingly, posting them. They have invited me to be a Quora Partner, which means that I can earn a share of the ad revenue that is generated by visits to my questions. This revenue, howsoever small, is most welcome, and so I have been devoting an increasing share of my social-media time budget to posting there. 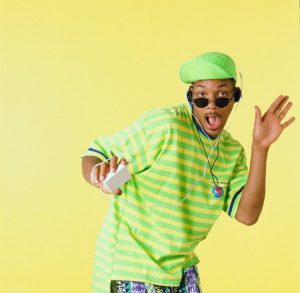 Posting questions is all right, but I still much prefer posting answers. And 3 days ago I passed a milestone on Quora: my answers had reached 1 million views. I admit that I enjoy being in the “million club,” a feeling that I got while writing The Odyssey back in 1993. When the show was being broadcast, Michael Chechik, the executive producer, would receive ratings reports from the CBC, and Warren Easton, my cowriter, and I would look at them when we emerged from our cave (my house) to visit his office for one reason or another. One week, that of the broadcast of episode 7, “A Place Called Nowhere,” the viewership cracked 1 million. In Canada, for a Canadian-made show, that was an excellent number. I remember telling my father, who was a longtime CBC producer, and he was amazed.

It was all the more gratifying because the audience delivered by the “lead-in” to our show–a CBC production called Road Movies that consisted of student-made videos of traveling in Canada–was only about 220,000 people. That meant that our show brought in about 800,000 new viewers that night. Mind you, our own show was itself a lead-in to an even bigger hit, which registered over 3 million viewers here in Canada. But that show was The Fresh Prince of Bel-Air, a Hollywood production starring Will Smith, and a massive hit in the U.S. and Canada. That night we delivered them 1 million pairs of eyes, and they only had to earn 2 million more of their own.

So. All these years later I’m back in the Million Club, in a new and different venue, and to be honest I feel right at home here. For although I don’t regard myself as a mass-market artist or creator, I do believe that work of quality and integrity will find its audience, and that audience will always be a large one in the long run.

Thank you for being part of mine. I intend to post here much more often now!