chromosome 6—and other biblical topics

And now my flu is all but gone. I am in the long tail in which my lungs are gradually clearing themselves, and I’m building my strength back up. In all, it was not severe; it was mostly done in 7 days.

One blessing was that I was mostly able to continue my daily reading. It was somewhat curtailed, but I think every day I was able to read at least something. And as long as I can read, I feel that I’m living life more or less at the fullest!

In the Great Books section of my reading period I’m currently reading the Old Testament, specifically the Book of Joshua. I have my own code name for the Book of Joshua: “Chromosome 6.” And why might I call it such a peculiar thing, you ask? Well, that will take a little bit of explaining. Here goes. 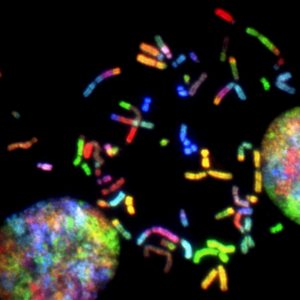 Civilizations have genomes too.

The original inspiration lies in the writing of Arnold J. Toynbee, specifically his 12-volume masterwork, A Study of History, published between 1934 and 1961. I have not yet read the whole series, although I have read its 2-volume condensed version compiled by D. C. Somervell under Toynbee’s supervision—enough to be intrigued and inspired by Toynbee’s ideas. Toynbee had entered the rarefied field explored by such other thinkers as Ibn Khaldun, Giambatista Vico, Karl Marx, and Oswald Spengler: the field, namely, of seeking to explain how the overall pattern of human history unfolds. He was writing not history, but a kind of science of history. Toynbee, surveying the whole sweep of what is known of human history, found that the same events keep replaying themselves in similar patterns enacted by similar players, regardless of what period or continent might be involved in any given case. It’s a striking and amazing thesis.

The key, for Toynbee, was to isolate and identify the true subject of history: to whom, exactly, did these repeating cycles of history occur? Toynbee felt that most historians were led astray by looking at nations as the basic units of history. In his view, the true, natural unit of history is not the nation but the society or civilization. Ordinarily this is a bigger unit than the nation, and embraces several separate nations. The civilization is defined by a number of things, but, broadly speaking, it is a shared culture embracing a number of shared ideas and, in particular, a shared spiritual nucleus, or what Toynbee calls a church. It is this which gives a society its own individual stamp and its underlying sense of purpose.

Early in his work Toynbee makes a inventory of all the known civilizations to have existed on Earth, and comes up with the figure 21. He admits that this number can only be approximate, partly for the reason that records become scarce as we look farther back in the past. But as a provisional figure it gives us an idea of how many civilizations we’re talking about. And, in any case, only a handful of these still exist today.

The civilization we call “Western” Toynbee labels “Western Christendom,” underscoring his view that the core of a civilization is spiritual. For him, our “Western” civilization is, first of all, a product and extension of the Christian Church—specifically in its Western or Catholic form. For there is a parallel “Eastern Christendom,” based not on Catholic but on Orthodox Christianity, and this Eastern civilization embraces such nation states as Greece, Bulgaria, Romania, Belarus, and Russia. In Toynbee’s view, if you were to travel through the various countries of Western Christendom (and these will now include Protestant countries as well as Catholic), you will be traveling through societies that, in a certain broad and deep sense, are similar to each other, despite superficial differences of language and custom. But when you pass from one of these countries into a country of Eastern Christendom, you will feel yourself passing into a more truly foreign regime: a place where the fundamental spiritual outlook is different.

I found all this to be exciting and provocative stuff while I was reading Toynbee. I had already determined that, as a writer of epic, my proper subject matter was no other than my civilization. For, according to the authors of The Epic Cosmos, this is exactly what epic is about: the birth and transformation of civilizations. And what civilization am I writing about? Well, surely, my own: Western Christendom. In fact I’m writing about its antecedents, the “Hellenic” and “Syriac” societies—but only because I’m dealing with beginnings. And in the beginning was the Word: the Word of God, in the form of his religion, his Church—and his Bible.

I had this thought: if a religion or Church forms the nucleus of a civilization, then that nucleus must house the “DNA” of that civilization, for, at the cellular level, that is what a nucleus does. And in the case of Christianity, its “DNA” will be contained in its canonical text, the Word of God: the Bible. The Christian Bible, comprising Old and New Testaments, runs to (let’s say) 66 books. If the Bible is the DNA of Western Christendom, then those 66 books start to look, to this poet’s eyes, anyway, temptingly like chromosomes: separate units of DNA, each with its own history and purpose.

Yes! I thought. I can decode the genome of my civilization by reading the Bible!

This was my idea. There’s more to this idea, of course, and I will talk about that in due course. But for now, I have explained how I have come to call the Book of Joshua “Chromosome 6”: for Joshua is the 6th book of the Bible.

Chromosomes, as we know, are made up of genes. Can the books of the Bible be looked at this way too? I think they can. These are the separate units of sense within each “chromosome.”

But that’s enough to start with for now. I am mapping the genome of my civilization by reading its sacred text. Doesn’t that sound like an interesting task?