lots of evils to choose from

A few days ago I drafted most of a blog post on the coronavirus pandemic now swarming over Earth. I worked on it over two sessions and wrote 1,400 words. But I’m not quite happy with where I got to. The problems that it presents are complex, and I’m trying to sort out my thoughts. My blog should be the perfect place to do that, so maybe I should have just posted and then altered my thoughts with subsequent posts. But from an early age I have learned to do my thinking before I speak; and in the main this habit has served me well.

The gist of the draft post is that I’m concerned that in our desire to save lives in the pandemic we are destroying both our economy and our political culture. Thousands of businesses are being shuttered, surely many of them for good, and millions of people are being prevented from earning a living; and, at the same time, we are being accustomed to the swift enactment of harsh laws punishing us for such things as breaking quarantine. We are being schooled to accept authoritarian government as normal. My thought was that, since the virus is not especially deadly—I’m quite sure I had it myself a month ago—should we not take it on the jaw, as it were, and let it run its course? Most of the millions put out of work, while many might have caught the disease, would recover from it soon enough, as I did. They might lose a week of work, but then they would be back at it—and indeed would still have a job to return to.

But this “taking it on the jaw” approach would result in a much higher death toll, much of that due to the overwhelming of medical facilities. It would probably not reach the heights of the Spanish Flu pandemic of 1919, but it would still be traumatic, and there would surely be widespread anger if people thought that the toll could have been lessened. This too would create a social cost. However, under the current circumstances, the problems we’ll be facing will be compounded by the efforts of governments to compensate businesses and individuals for lost revenue, for the governments in question do not have the funds to provide this compensation, and after 20 years or so of everyone’s bingeing on debt, there are no savings anywhere to be tapped for borrowing. Trillions of dollars are going to be created ex nihilo to send out compensation checks. Few people yet suspect what the consequences of all this are going to be; I am among those who think that the consequences will be grave indeed.

Creating all that money is going to be hugely inflationary. That means prices are going to start rising faster than they have been—and if you do any shopping, then you know that prices have been rising much faster than the official inflation figures, which I believe are deliberately understated in order to hold down governments’ borrowing costs and other costs, such as raises to index-linked pensions. With large amounts of money being poured into economies, combined with a severe slowdown in productivity caused by social distancing, we are likely to face the perfect storm of an economic disaster: the inflationary depression. This is a time of low production, high unemployment, and quickly rising prices. In contrast, the Great Depression of the 1930s was a deflationary depression: a time of falling prices. People who held dollars, which were then backed by gold, found themselves getting richer and richer, since their dollars could buy ever more as prices fell. In an inflationary depression, holding dollars will be of limited use, since they will buy less and less as time goes by.

The worst-case scenario is hyperinflation: a condition in which government, in order to meet its ever-rising obligations, must create more and more paper money, which causes the value of the money to fall ever faster. Hyperinflations have happened repeatedly in history, and appear to be the natural climax of a so-called fiat currency: a currency that is not backed by any asset but is simply issued by a governing authority, as all the currencies of the world now are. I greatly fear that we are staring into the barrels of an inflationary depression and hyperinflation. If these things come about, the amount of personal suffering and social damage will be great.

But it would be wrong to blame the coronavirus for these disasters. It is acting as a pin, but the bubble that it is popping has been blown up by the deliberate and consistent actions of human beings in positions of power. All bubbles eventually pop, so if the coronavirus had not acted as the pin, then something else would have.

So, in these circumstances, what is the right thing to do? What is the right response to the emergency of the coronavirus pandemic? In a healthy, normally functioning society, there would be a strong push to minimize suffering and death. This would imply emergency measures such as providing extra medical facilities and enacting procedures for quarantine and social distancing.

But these things are costly. It is one thing to order people to stay home from work in order to minimize the spread of a disease, but such people must be compensated, for no one has the right simply to terminate your livelihood. That compensation must come from the government—the authority that has terminated your livelihood. If the need for compensation is very large, where are the funds to come from? The government will not have that much cash on hand, and will not be able to raise it quickly enough through increased taxes; it will have to borrow.

And what if its credit is no good? What if, for whatever reason, the debt markets are tapped out and there is no one to lend to the government at the scale needed?

That’s more or less the situation that the United States, and no doubt other countries, finds itself in. There the central bank, the Federal Reserve, has declared that it will create as much money as necessary. And this adding of money to the economy is exactly the process of inflation.

A small price to pay, you might think. But is it? If you do any shopping, you already know that the official inflation rate (currently 2.25% in Canada) is far below the real rate. Between price increases and shrinkflation, you’re paying much more for, say, groceries than you did 5 years ago. This process will increase dramatically as large amounts of money are injected into the economy while the production of goods and services is reduced due to the pandemic. And if it should turn to hyperinflation, things will get very bad indeed—just ask Zimbabwe or Venezuela. In the words of Wikipedia:

Hyperinflation effectively wipes out the purchasing power of private and public savings; distorts the economy in favor of the hoarding of real assets; causes the monetary base, whether specie or hard currency, to flee the country; and makes the afflicted area anathema to investment.

And how does it end? Again Wikipedia:

Hyperinflation is ended by drastic remedies, such as imposing the shock therapy of slashing government expenditures or altering the currency basis. One form this may take is dollarization, the use of a foreign currency (not necessarily the U.S. dollar) as a national unit of currency. An example was dollarization in Ecuador, initiated in September 2000 in response to a 75% loss of value of the Ecuadorian sucre in early 2000.

In the case of the United States, “dollarization” is not an option: it is the dollar that will be hyperinflating. What other currency could take its place? Probably the closest thing would be the euro, but the euro might be in bad trouble too, and in any event there aren’t enough euros to serve the needs of both Europe and the United States—to say nothing of all the other users of dollars in the world. We would be entering a time of unprecedented global monetary instability. How it might play out is anyone’s guess, but there would be major disruptions almost everywhere. 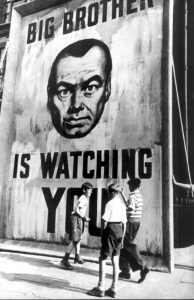 Am I an alarmist? Not by temperament. I tend to be sober, rational, and reflective. I know that worry and panic make for bad decision-making, and do my best not to let them play any part in my own decisions. But world economic conditions, the result of irresponsible and foolhardy policies for the past several decades, point in the direction of disaster. It pains me to say that when the smoke clears on the current crisis of pandemic and its aftermath, the world we see is likely to be much poorer, more authoritarian, and considerably less populated with Homo sapiens.

I circle back to the idea that was troubling me when I wrote the first draft of this post: even if the drastic measures designed to slow the advance of the coronavirus have all their desired results in reduced infections and reduced fatalities, will they be worth the economic, political, and social carnage that seem to be their inescapable consequences? On Monday, March 30 (today, as I type these words), the government of Hungary has passed a law that effectively suspends parliament and gives its prime minister, Viktor Orban, the power to rule by decree indefinitely. Hungary is now an out-and-out dictatorship—and the change has been justified by the need to fight the pandemic.

Contrast Sweden. In Sweden, unlike the rest of world, you can still see people meeting in cafes and dining in restaurants. Businesses and stores are open. The citizens are informed about the pandemic and left to make their own choices based on their own assessments of their risks and needs. They have tried to impose some restrictions, but Sweden’s state epidemiologist, Anders Tegnell, says that “people find ways around the rules.” So far, Sweden appears to be suffering less from COVID-19 than neighboring Norway in terms of infections (but not deaths), but of course that could change.

Will Sweden be leveled by COVID-19? At this stage, nobody knows. But my thought is that the Swedes are living as free citizens, while most of the rest of us are being turned into livestock to be penned, moved, and employed at the behest of the state, ready to be led into the political slaughterhouse of authoritarianism.

Life is an important value, but to paraphrase William Wallace in Braveheart: “All men die; not all men truly live.” I may be speaking out of turn as one who has already had the disease, but for my own part I would rather catch it again, and again and again, before living under the tyrannical rule of a Viktor Orban. And I greatly fear that other would-be tyrants will be looking at what he has done and licking their chops.