As I type these words it is 5:36 p.m. Pacific Daylight Time here in North Vancouver. I watch the characters appearing crisply on my new Samsung flat-screen monitor. Out my office window to the left the light from the cloudy sky casts gentle shadows on the brick patio. A rhododendron is in vibrant bloom, covered with flowers the color of pale lilac. The air is quiet from the ongoing lockdown due to the covid-19 pandemic. Whatever the other consequences of this global disaster, I love this peace that it has brought.

I’m in the midst of the time I regard as my “reading block”: the time I dedicate to reading each day. I have just finished typing the highlighted text from Book 7 of the Laws of Plato, part of his collected works in volume 7 of the Encyclopedia Britannica Great Books of the Western World. A character identified only as the Athenian Stranger is describing the constitution he would give to a new colony. He has been invited to do so by his two interlocutors, partly by way of passing the time as they make a long journey on foot, but more importantly because one of his companions has been asked to help frame the constitution of a Cretan colony that is about to be formed. It’s a chance to create an ideal state—or as nearly ideal as possible—from scratch. Luckily for his companions, the Athenian Stranger appears already to have given this matter detailed thought. 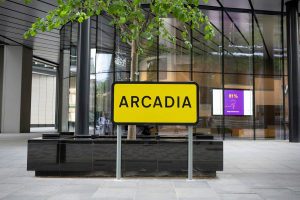 So much has changed since the Greece of the 5th century BC. It’s true that most of the states of the world now are democracies or do their best to masquerade as such; this is one major legacy of that time. But very few independent states are now city-states, as the polities of ancient Greece were. The nearest examples might be places like Singapore, Hong Kong, and Monaco. For the most part states are much bigger, and accordingly more complex. They make use of the institution of representative government, in which citizens elect people to represent them in the legislature, instead of the ancient Greek institution of direct government, in which citizens both sat in the legislature and also took turns serving in the actual posts of the administration.

But one of the most striking differences is in the idea of legislation itself. The Athenian Stranger talks about the legislator as a kind of artistic genius: a man who has a vision of the state, but also of humanity and of the world, and who seeks to bring these things into harmonious relationship with each other through the framing of a constitution and laws. This was no mere ideal but rather a matter of historical fact: Athens honored its lawgivers Draco, Solon, and Pericles as visionary statesmen. Few indeed are the modern politicians who are so highly regarded. Maybe South Africa’s Nelson Mandela was somewhat in that mold.

The three men in the Laws agree that the purpose of any polity, any society, is to secure a good life for its members. The legislator takes on his role because he the wisest and most visionary. His objective is to secure that good life for everyone, and the primary aim of his laws is to educate the citizens—to raise them to their highest potential. To that end, every part of life fell under his purview: the population of the state, the limits on property ownership, what employments would be permitted, at what ages people may marry and have children, and what religious practices are to be observed, among many other things. In this view, the ideal state is a totalitarian state, but it is centered not on the ideal of a utopian economic or religious order, and still less on the cult of a dictator and his clique, but rather on an unswerving commitment to the cultivation of virtue in each person and in the community as a whole.

It’s an intriguing thought: could there be such a thing as a benign totalitarian state? That is, truly benign, and not merely claiming to be such, as they all do? Maybe, but, frankly, all of my instincts rebel against the idea. A life in which every aspect of one’s existence is regulated is one that could easily feel like a straitjacket.

I have lived in such a society myself: it was while I was a temporarily ordained Buddhist monk at Gampo Abbey, Nova Scotia, in 2002. I loved it. To live there is to live under a definite set of rules that govern every aspect of one’s existence. And the aim is not so different from that of the Athenian Stranger and his friends: the good life. It is a particular vision of the good life, and not one that everyone would subscribe to. No one (as far as I know) is born into life there; it must be chosen, and the applicant is vetted before being accepted. To live there, under the rule, is a privilege not granted to everyone.

It would appear there are different Utopias, and a key to their success would seem to be that their residents choose to live there, consciously, with their adult minds. But when we’re born into a polity, a society, whose values we don’t truly share in our heart, then it begins to sound like the situation described by Joseph Campbell in his Creative Mythology:

The result [is] a dissociation of professed from actual existence and that consequent spiritual disaster which, in the imagery of the Grail legend, is symbolized in the Waste Land theme: a landscape of spiritual death. . . .

“A dissociation of professed from actual existence.” How many of us have felt this? How many of us have chafed against customs and institutions that seemed artificial and senseless? I think the word alienation, which was such a buzzword in the 20th century, was seized upon to denote this experience. People in this situation cannot give their whole hearts to the state as it currently exists, regardless of the prestige of its visionary founders.

I’m sure this situation would have been hard for the Athenian Stranger and his friends to imagine. To them, any right-thinking person must subscribe to the vision of the wise founder of his city, or be punished as a wicked person. The citizen of that time may have been an excellent and admired person, but he was not a true individual: one whose conscience bids him to remain true to his own notion of integrity, whatever the consequences. We may not be true individuals, either, but we sense that we should be, and actually want to be—but we don’t, for the most part, know how.

I can’t help wondering: what would the Athenian Stranger make of our world and its problems? How would he amend his idea of Utopia?