I’m closing in on the end of the Laws of Plato—the current volume in my ongoing reading of the Great Books of the Western World. The Athenian Stranger has been holding forth to his two traveling companions, Cleinias and Megillus, on the laws he would propose for a new Cretan colony that is about to be founded. It’s clearly a matter he has given much thought: the book runs to 159 densely printed pages, making it actually a few pages longer than Plato’s Republic. The Stranger has considered the state at both the highest abstract levels and in many of its practical details.

Well considered though the Stranger’s state is, I’ve mentioned before that I don’t think it could work in our modern world. As an ideal state, it’s a kind of utopia, and as such it does not envision change; indeed, much of its constitution is designed to prevent change from happening. For once you’ve reached perfection, any change must necessarily be for the worse. And therefore it must be prevented.

But the world has changed a lot since the 4th century BC. The changes have not all been for the better, but neither have they all been for the worse. I fear that the Stranger’s proposed constitution was too brittle to withstand the tremors of the real world. The initial vision of it is inspiring: having established that existing states tend to be founded on the principle of being ready for war, the Stranger proposes instead to found a state on the principle of promoting the happiness of the individual and the community. “No one,” he says, “will ever be a sound legislator who orders peace for the sake of war, and not war for the sake of peace.” But as the book goes on and the constitution unfolds, the Stranger’s state comes to feel more and more like a straitjacket, with the desires and aims of individuals being continually trimmed to conform with the divine vision of the legislator. It makes me think uncomfortably of modern totalitarian states—places like Cuba and North Korea—where the Dear Leader is officially infallible and the penalty for dissent, or even for attempted departure, is death. Even if the founders of those states were in fact well-intentioned, stable geniuses (a long shot, but let’s give them the benefit of every doubt), their states are really just large prison camps. The fact that some of the inmates shout praises of their overlords makes a camp easier to maintain, but does not affect its basic nature. No mentally normal person would want to emigrate to such a place.

So is there such a thing as an ideal state or ideal government? Something more adaptable and friendly to individual quirks than the crystalline structure envisioned by the Athenian Stranger? This being my blog, what do I think such a government might be? 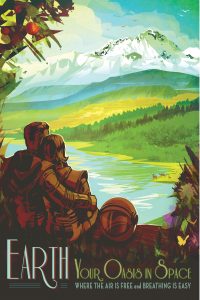 “All it needs is a bit of government.”

It’s a vast topic, with many interrelated parts. I don’t even pretend to know what all those parts are. Nonetheless, as a citizen living under various layers of government, from my strata council on up, I have skin in the game here, and so will make free to offer glimpses of my own thoughts on it, for what they’re worth.

I agree with the Athenian Stranger that the highest and best government cannot have as its primary purpose making the state ready for war. War is a grim reality, but, in my view, nothing to be celebrated or loved. I believe the philosopher Hegel, among others, was keen on it as fostering the “military virtues,” which were thought to be the highest. Personally I regard that as rubbish. Those who profess to be edified by the death, maiming, and ruin of others are not people I want to be designing the state I live in. War is for the sake of peace, and the ideal state would be one that looks ahead to a world where war is obsolete, like polio or smallpox. It prepares for war only to the extent necessary to assure its own survival: purely in defense, never in conquest.

Apart from that, a state should have a positive sense of mission: its founders treasure certain values and want to see them fostered and promoted. In the Declaration of Independence of the United States, these values are “life, liberty and the pursuit of happiness”; the corresponding values in the Canadian constitution are “peace, order, and good government” (or, more technically, “peace, welfare, and good government”). But there will also be states that treasure more religious values: states operating under Sharia or under Christian or Buddhist or other equivalents. They will necessarily have a different setup.

And what if your state’s mission is not congenial for you? It seems clear to me that an ideal state can’t be one that forces its citizens or residents to speak or act against their own conscience. So my ideal state is a liberal one: it needs to be constituted so as to allow each citizen the greatest possible freedom of conscience and of action. This includes the freedom to emigrate if anyone should find the constitution not to his taste. (In the Stranger’s state, immigration and emigration are strictly controlled, and indeed his thoughts on this are very interesting and worth a careful look on their own.) All other things being equal, each person should be able to go to that state which best suits his own view of life and to live among those who share his outlook. This could only promote social harmony and cohesion.

I’m running out of space here, and I’m barely getting started! Two other preliminary thoughts have to do with direct vs. representative government, and the question of education. Personally, I’m okay with the idea of representative government, since some people are naturally more talented and skilled as administrators and managers, and those should be the ones doing those tasks. There are hazards, of course, but still, that seems to be the best arrangement, in theory, anyway.

I raise the question of education because I think that Aristotle is right in suggesting that no state can survive long if its citizens are not educated into its constitution. My own feeling is that public education should be primarily this: education into the constitution. This might include a fair amount of what we regard as basic education, such as literacy and numeracy; but the specific aim would be to shape citizens competent to function as responsible members of their society. Everything else, such as the vocational training that we refer to as education now in the West, should probably be private.

But that too is a big topic!

I’ve already run past my targeted word count, so I will have to leave this for now with only these few preliminary thoughts. But if I had to summarize my state in three words, I might say: liberal, capitalist, and green. If somebody builds that state, I will come.

4 Responses to making states from scratch