A dropout without portfolio

In my last post I got talking about education–my own education—and how this has been something very different from a formal education, and has been a major shaping factor in my life. Nay more: it seems to be my primary life purpose.

But what does this mean? When I start thinking about something I often like to check in with the dictionary definition of the term I’m interested in. Sense 2a of educate in my Webster’s is:

to develop mentally, morally, or aesthetically especially by instruction

All right, but here I want to note that instruction can come in many forms from many places. John Ayto’s Dictionary of Word Origins makes this interesting point:

To educate people is literally to “lead them out.”

This raises the interesting question: lead them out of what or where? There is a sense here of being lost or stuck, or perhaps afraid—and to be in need of guidance.

One thought is that this personalized, individualized education that I’m talking about can only really take hold when one sees that it is something different from a formal education. A formal education is necessarily something systematic and institutional that offers limited tailoring to the individual. I suspect that this is true even at the highest levels, where the student has presumably arrived at the niche that best suits his or her capabilities and interests. Along the way, so many choices have been made for us that as we get toward the end of the process the options are not as many or as congenial as you might suppose. Our education has turned us into, say, a contract lawyer, a field that, it turns out, we have little interest in. 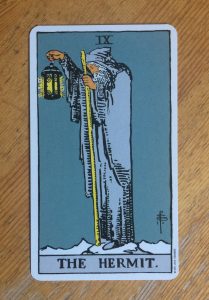 It’s not that I was a misfit in school; I flourished there, getting almost straight As until high school, when I started to deliberately sabotage some of my performance in protest at what I thought was the uselessness of what I was being taught. Although this was teenage acting-out rather than principled rebellion, there was a germ of genuine discontent behind it. I felt that someone who loved learning as much as I did should be having a better time in school. I knew something was off, and I blamed the system.

As I say, I did well. I may not have been at the top of any one class (English maybe), but I was near the top of all of them, and I knew that I probably could be at the top if I put in the effort. This I mostly did not do, partly out of pride and laziness, but also, increasingly, because I was becoming more interested in extracurricular projects, especially writing and film-making. For I had not only academic ability but also artistic talent. From an early age I showed that I could write, draw, and even, to an extent, act and sing. I had no interest in organized sports; my energy and attention were aimed at creative works. But while other kids tended to have talents focused in one or two areas that effectively channeled their energies, I seemed to have a bouquet of them that offered me an open field of choice.

And given a lot of choice, how do you choose?

As I moved into my last year of high school I was feeling the pressure of choice. I took it for granted that I would move on to university, but what kind of program would I pursue? Arts or science? I felt both of these calling to me. I had always assumed that I would go into science. My special interest was space science—what could be more interesting than learning about how the universe functions? I could do the math, physics, and chemistry; it was just a matter of committing and then putting in the effort that I knew would be required. My creative projects of high school would be my artistic swan song—and these were things that I could always pursue as a hobby, maybe something like the British astronomer Fred Hoyle, who wrote science-fiction novels on the side.

But I was not at peace in my mind—far from it. As grade 12 drew to a close I was embroiled in making a 16mm film about the start of a nuclear war (a subject never far from my mind, perhaps having absorbed at age three my mother’s terror during the Cuban Missile Crisis); I was in love with a girl in my class who had no interest in me; and I was already working evenings as a full-time janitor at Vancouver General Hospital. I felt serious confusion about what really mattered to me. And in the midst of all this a student English teacher put into my hands a novel that she thought I might like: A Portrait of the Artist as a Young Man by James Joyce. I read it in the last weeks of school, and was electrified.

Later on I would read the works of Joseph Campbell, who would also prove to be a major influence on me, and there I would learn about how works of art have largely taken the place of religious rituals in modern society, in that they can provide the rites of passage that the exhausted churches no longer can. Joyce’s autobiographical tale of how a young man comes to answer his own artistic vocation was, for me, a call to my own artistic vocation. The words of that novel entered my soul and catalyzed a reaction there, changing it into some new substance. It seemed to bring order to my churning soul; it made me feel deeply and also see clearly. How could I let something that produces such profound effects take a secondary position in my life and in my system of values? If I were capable of producing something like this, why would I relegate that ability, that art, to the status of a hobby?

In some way I think that my decision was really made at that point, upon finishing A Portrait of the Artist in June 1977; it’s just that I was not yet aware of it. The decision lay in my unconscious while my conscious mind continued to tussle with the alternatives, right up until I dropped out of university in 1979, as described in my last post. Looking back now, I would say that at that moment I became conscious of what I had already known unconsciously. I became inwardly unified, and experienced a corresponding elation and peace with myself, even as I knew I was choosing a life that would be outwardly harder. It was as though I were sacrificing all the goods that my peers would spend their lives pursuing: wealth, social position, conventional career milestones, mating success, and a certain underlying ease that comes from being normal. I was throwing all those things on the pyre to take my chances with something else. But that “something else” was my own true self and my own true path.

In “The Hermit” my hero and alter ego, Alex, also drops out. In his case the decision comes to him as the result of, or anyway in synchrony with, an encounter with a tarot card blowing in the November wind on Stanley Park’s seawall. But I did not necessarily see Alex as an artist; I saw myself as an artist, and therefore felt a certain distance from my character. Now I seem to be saying that in reality I was and am even more like Alex than I thought: one whose life mission is not to be encapsulated in even so stretchy and amorphous a label as artist. Again, the conscious mind can be slow—very slow—to catch up.

So where does this leave me. I am an artist; I can’t deny that. The question though is whether this is my central and deepest calling, and I think my life has shown that it is not. I have been talking about education, so the title student seems natural. But maybe there’s something to be said too for the title hermit.

I’ll close with this brief extract about The Hermit, the 9th of the so-called major arcana of the tarot pack, from the book The Tarot by Alfred Douglas—a Penguin paperback that I bought in September 1979 as an aid in writing “The Hermit”:

Following the dictates of his inner self, he is setting himself apart from the comforts and authority of society in order to follow a lonely road that leads he knows not where. The Hermit illustrates a crisis of will which must be met and overcome by anyone who would advance beyond the common pale.

This is a pretty good description of my hero, Alex—and of his creator.